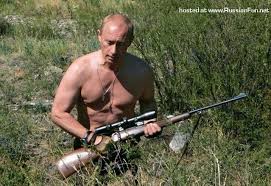 It is amazing to an American to read the Russian news and hear all the varied opinions about Putin’s decision to run for the Presidency—as if there has already been a campaign and an election. But that’s the way it is in Russia—for now. And it will take another generation, at least, to make a change to something like a real democracy.

When I asked a Russian friend, wife of a Russian politician, what her husband thought of the Putin decision, therefore automatic ultimate election, she said, “He’s accepted it.” A perfect Russian answer. If you can’t do anything about it, just accept it and get on with life. Some cast the Putin decision as something approaching Stalinism. In their near-sighted perspective, it is in their best interest to do so, creating a friction and engendering patriotism. It is unfortunate they can’t stand back and recognize the changes in Russia as they inch along and at least not interfere.

In Russia’s one-party system it’s hard to tell from abroad, that the central control is weakening. But, with a thousand year history of autocracy, I suggest patience will have its ultimate reward. It seems to always be three steps forward and two backward. But we should be grateful for progress even if only one step at a time.

Putin, shirt or no shirt, has taken the necessary steps for bring some form of order to things. I am reminded of Dr. Zhivago’s words in Pasternak’s novel: “Just now, I was looking out of the window in the train—I thought, what is there in the whole world worth more than a peaceful family life and work? The rest isn’t in our hands.” That still typifies a large but diminishing population in Russia and Putin has satisfied that generation for now. Change is happening—faster than Putin’s generation may realize. Let’s accept it and move on.

And don’t forget: read “Walking on Ice, An American Businessman is Russia.”