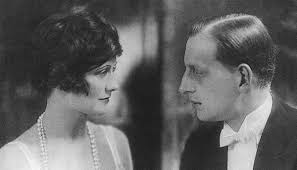 Things “happen.” As an “unintended consequence” of the murder of Gregori Rasputin by Prince Felix Yusupov in December 1916 in St. Petersburg, Grand Duke Dimitri Pavlovich, first cousin of Czar Nicolas II, one of the handful of conspirators, was sent far out of town and Dimitri ended up in Paris. And who do you think took notice of the aristocrat’s arrival? Coco Chanel! She was eleven years his senior but that didn’t stop either one.

The French perfume business was booming because the scents didn’t last past eleven at night—so they bathed in the stuff. As I heard the story, Dimitri advised Coco that she should not sell big bottles of perfume for cheap prices, but small bottles for high prices. Dimitri introduced Coco to Ernest Beaux, a successful Russian-born perfumier from St. Petersburg who had learned his craft from his grandfather who entered Russia in 1812 with Napoleon and stayed there, learning the secrets of Russian perfume. From his grandfather, Beaux insisted that the addition of deer musk would make the perfume last the night. Coco hired Beaux, added deer musk to the eighty-some other ingredients and voila: we have Chanel No. 5. That was 1920. As an unintended consequence of the murder of Rasputin, our lovely ladies today have Chanel No. 5. Ce qui arrive, arrive.

As an intended consequence read “Walking on Ice, An American Businessman is Russia.”